What is the Fibonacci trading strategy? 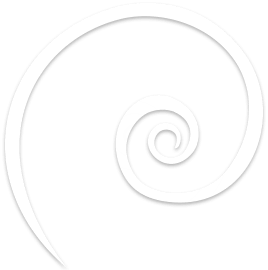 Leonardo Pisano, nicknamed Fibonacci, was an Italian mathematician born in Pisa in the year 1170. His father worked at a trading post on the Mediterranean, and the young Leonardo traveled extensively in pursuit of his mathematics studies.

So what does a 13th century mathematician have to do with my next investment?
More than you think.

This figure 1.618 is called Phi or the Golden Ratio and mysteriously appears frequently in the natural world, architecture, fine art and biology.
This ratio has been observed in Leonardo da Vinci's Mona Lisa, rose petals, shells, tree branches, human faces, ancient Greek vases, and even the spiral galaxies of outer space.

Thank you for the history lesson, but what does all of this has to do with trading?
Apparently, the rules of nature don't skip the financial markets

Why is Fibonacci analysis so popular in trading?

The Fibonacci numerical sequence has been translated into an investment strategy, allowing you to see the beauty of nature in financial charts.
Fibonacci levels provide objective price reference points and thus remove subjectivity (when used correctly), and make more informed decisions.

Ok, I get it. Now how can I get to see this beauty?
You start by applying the Fibonacci Retracement

What is a 'Fibonacci Retracement'?

The Fibonacci retracement is a very popular tool used by many technical traders to help identify strategic places for transactions to be placed, target prices or stop losses.
According to this strategy, after a significant price movement up or down occurs, the new support and resistance levels can be found using a simple mathematical formula.

Fibonacci Levels in the Financial Markets

Fibonacci retracements in the context of trading, are not numbers in a sequence, but a representation of the mathematical relationships between numbers in it: 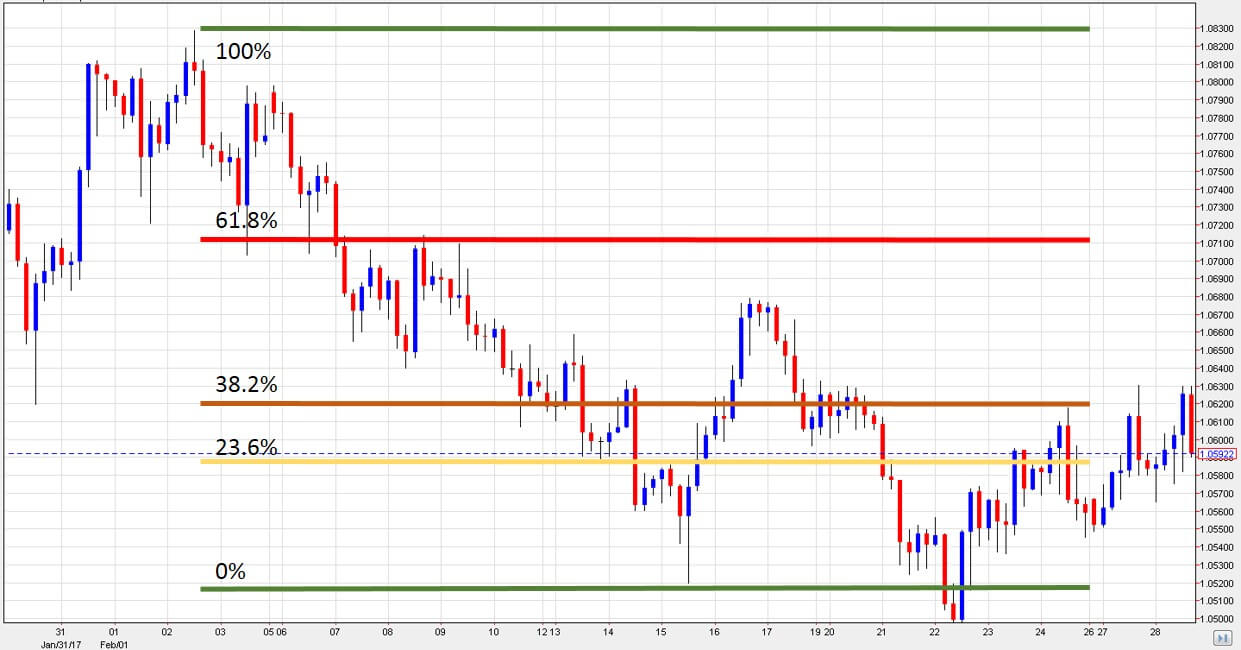 Difference between Fibonacci retracements and extensions 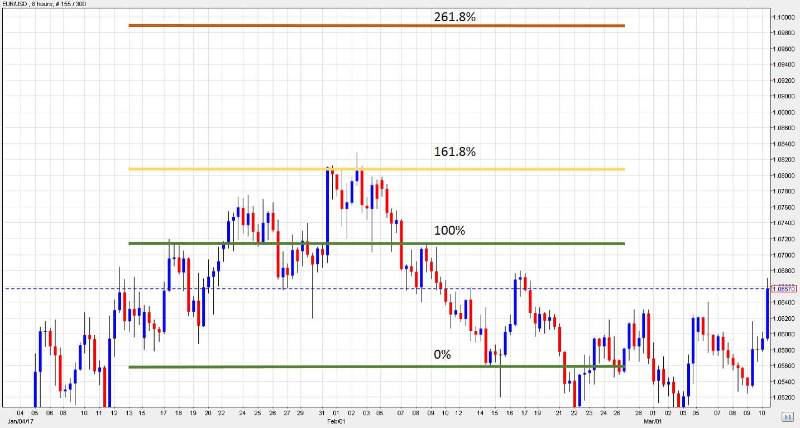 While using Fibonacci levels are, in our view, extremely important, on their own they are not always reliable – just like any other form of technical analysis.
By combining Fibonacci with other technical tools, we can increase our chances of success.
You can look for convergence of a Fibonacci level (especially the 61.8 or 78.6 per cent retracements, or the 161.8 or 261.8 extensions) with other support/resistance lines, trend lines, major highs/lows and the 50 or 200 day moving averages.
In Head and Shoulders, for example, which is a major reversal pattern, the right shoulder sometimes converges with the 61.8 or 78.6 Fibonacci retracement level, thus providing an ideal entry point. 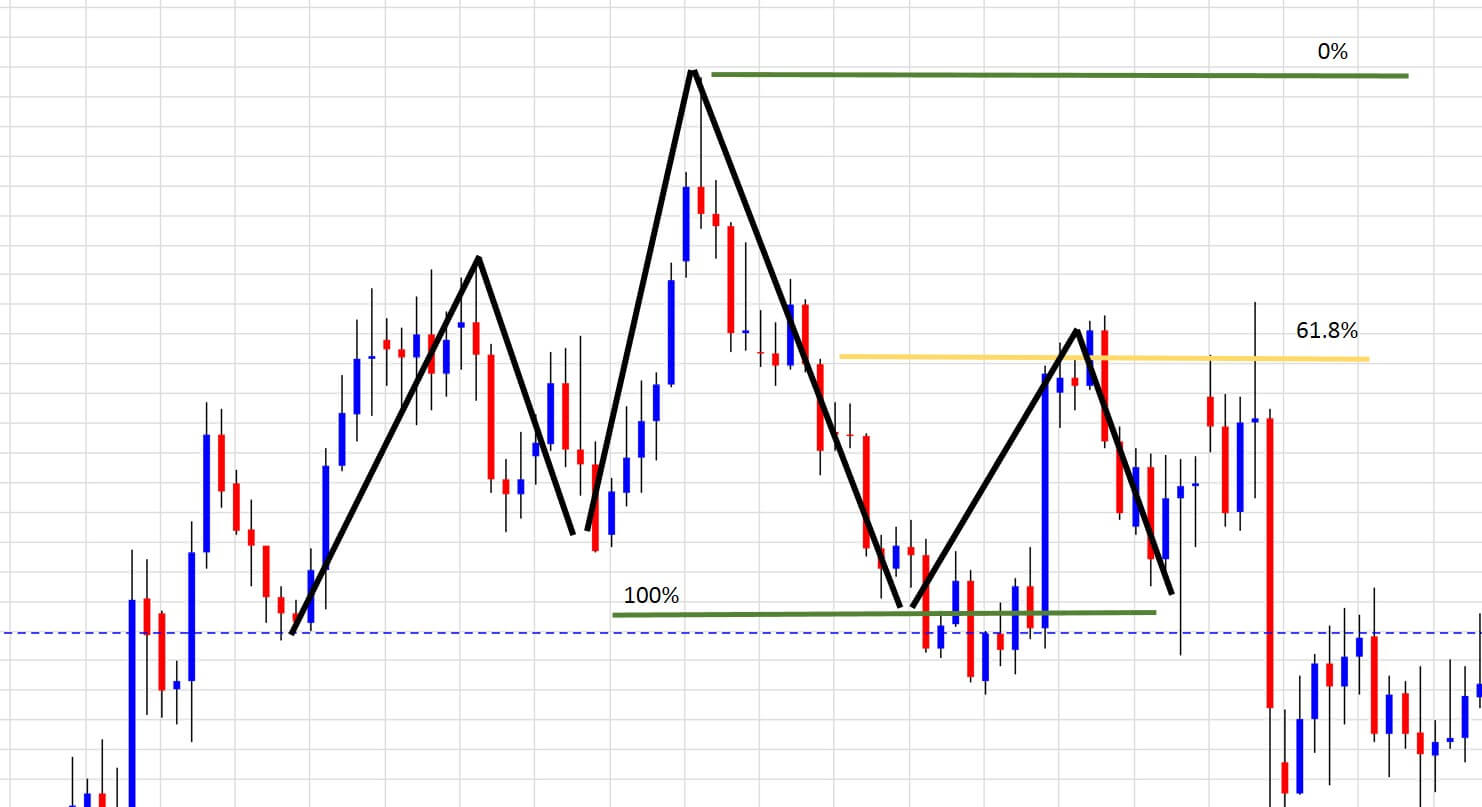 There are common mistakes traders make when applying Fibonacci retracements to market charts:

Relation between Fibonacci and Elliott Wave