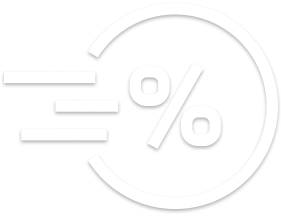 Good morning – or good evening – depending on where you live. Today we have a very interesting and important topic to discuss: Interest rates. Think this doesn’t sound very interesting? When you trade online, central banks interest rates - especially those set by the Fed - can cause major market excitement. Interest rate announcements offer information, impact economies and have the potential of creating trading opportunities. In this short article we will discuss the importance of interest rate announcements and explain how they can assist you while trading CFDs online.
Let’s begin with some definitions…

You often hear the term interest rate when you speak to your banker or go to ask for a business loan. But what does it mean? In simple terms, an interest rate is the amount of interest that is due per period. It’s shown as a proportion of the amount of money borrowed, deposited or lent. Usually, this number is represented as an annual percentage.

Don’t look so confused. A ‘principle’ is simply the amount of money you’ve borrowed. Now, let’s swap all those letters with numbers and end up with a nice, clear example.

Got it? Great? Didn’t get it? Don’t worry about it – this is one calculation you will never need to do when trading online.

So, what does all of this have to do with online trading? Not that much. You see, the interest rates your bank charges for loans or gives you when you save money doesn’t really matter for traders. What matters is the interest rate set by central banks, most importantly the Federal Reserves.

Every country has a central bank and that bank is – to some degree – responsible for setting the country’s monetary policy. The government is also responsible for the country’s economic policy and in some cases is heavily involved in deciding the rates. Sometimes a central bank can work with the government, sometimes the bank and the government don’t see eye to eye or have contradicting objectives, but in any event, any decision of a central bank, especially one of a major economic power such as England, the US, Germany or Japan, can have an impact on the market.

Interest rate target is one of the most powerful monetary policy tools central banks have. These rates are set according to various market conditions such as employment, inflation and investments.

Central banks such as the ECB (European Central Bank), BoJ (the Bank of Japan) and BoE (Bank of England) announce their interest rates on predefined dates. Traders commonly tune in to see if the rate has changed, or remained the same. You can prepare for such announcements in advance by checking out the economic calendar.

Why do traders care about these announcements? Because interest rates affect many aspects of the market – exporters, importers, buyers, sellers – across industries. Currency traders often use interest rates as a way to assess the perceived value of the country’s currency. When a central bank decides to raise or lower the interest rate, the market could react, but even a decision to keep interest rates unchanged can affect the market, especially if many people expected a change.

What influences the central banks’ decisions? There are many factors involved in the final decision, but a leading one is the possibility of inflation.

As we’ve just said, any interest rate announcement is important, but none is as crucial as that of the US Federal Reserve Bank (commonly referred to as the ‘Fed’). The Federal Open Market Committee, AKA FOMC, which is the Fed’s main monetary policy maker, sets the 'Federal Funds Rate', an interest rate which applies to the most respected, creditworthy institutions when they lend and borrow overnight capital from and to each other.

This interest rate is one of the most influential interest rates in the US economy, as well as in the world. In the United States the Fed interest rate can impact monetary conditions, potentially affecting inflation, growth and employment. Like with central banks, this rate is announced according to a fixed schedule and such announcements commonly appear on the news and draw attention worldwide.

How can interest rates announcements affect the market?

Interest rates announcements could be extremely influential. Clearly any change of interest rate – up or down – can impact the price of shares, currencies, indices and commodities, but, interestingly, even a decision not to change the rate can be influential, especially when it comes as a surprise. For online traders, interest rates announcements can also carry additional opportunities, since regardless of the outcome, they are often surrounded with increased market volatility.

Even if the Fed decides to leave the interest rate unchanged, the market could react, especially if many investors were betting on a change. In fact, every speech by the Fed’s chair and major representatives is listened to and every word they say is instantly interpreted and discussed.

Can we show you a clear chart showing an instant change following an interest rate announcement? We can. Here is a chart of the EUR/USD from March 15th 2017, when the Fed decided to increase the interest rate from 0.75 to 1. You can easily see the market’s reaction. 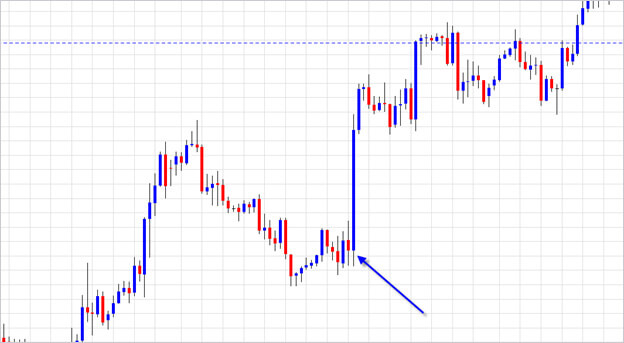 Keep in mind though that the charts don’t always show the full story. Why? Because in the days, weeks and months before an interest rate decision, investors and analysts already make their own estimations regarding a potential hike and act accordingly. Fed representatives also ‘drop hints’, which are used by investors to make trading decisions and very often the actual hike is not a surprise at all.

Want an example of such a hint? On March 2015, Fed Chair Janet Yellen dropped a single word from her statement ‘patience’. Investors saw this as an indication of a rate hike in 2015, after a decade of unchanged rates, and reacted: The Dow and the S&P 500 rose and everyone was talking about the omission of that one, single word. Did the Fed raise rates in 2015? Yes, but only in December.

A quick summary:
Interest rates announcements are important to traders because…

How are interest rates determined?

There are different interest rates and different factors impact them, but we know what really interests you is the Fed interest rate, so let’s discuss it. The FOMC uses a variety of indicators to determine the Fed interest rates including inflation target, employment, growth and economic outlook. In order to understand how the Fed makes its decision, just remember the bank’s central goal:
Keep the economy stable and maintaining a good balance between supply and demand.

Wait – isn’t growth always a good thing? Not if it happens too fast.
In fact, fast growth and slow growth both carry risks and could require the Fed – or any other central bank – to intervene by changing the interest rates.

Confused? Here’s an example…
Let’s say the economy is showing signs of slowing or contracting, unemployment is high, companies aren’t making enough profits and consumers aren’t spending cash. The Fed could decide to lower interest rates. The result would be ‘cheaper’ loans, companies and consumers will be more likely to spend money and this, in turn, could boost the economy, increase employment and fend off recession. Sounds awesome, right? But reducing the interest rates is not without risk. It could sometimes help create an economic bubble, since people would start investing more heavily in the stock market or real-estate.

Now let’s look at an opposite example. The economy is flourishing – unemployment is very low, companies are making hefty profits and consumers are doing what they should – AKA buying. In this case, the Fed could decide to raise interest rates in order to protect the economy from growing too fast, which could lead to inflation. Inflation is what happens when there’s ‘too much’ money compared to services and goods. Demand is higher than supply and as a result prices increase.
What happens when the Fed raises rates? Higher interest rates lead to more expensive loans, people and businesses are less likely to spend money and the result could be an economic slow-down.

Other factors that can influence interest rates

Can you use existing information to make your own forecast regarding the interest rate of different central banks? Of course you can. After all, you have access to the same indicators as the policy makers – GDP, employment rates, housing and inflation. You can prepare for the release of such financial data by staying updated with the economic calendar, and can collect the results and make an educated assessment regarding the banks’ next move. Will you always be right? No, there are always surprises, but this is certainly one way to go… however, there’s a much easier way.

Remember: Interest rates are very influential and as such, they interest many people all over the world. They are usually discussed on financial sites and the news and you can easily read through articles and find assessments by analysts regarding future interest rate hikes. Will these analysts always be right? Of course not, but you can easily compare a few articles and see if there’s a leading opinion.

You can also read market analysis to receive an in depth understanding of various factors that can move the market, and use this information alongside various forecasts to make your decision. And it is YOUR decision. At the end of the day you can access many informative resources, follow indicators and access market analysis, but you will need to decide when and how to act.

Want to learn more about market indicators and factors that can affect the market?